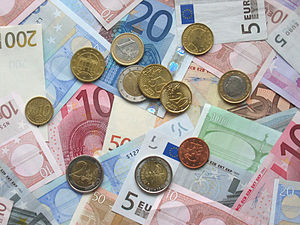 Hostels are a great place to combine the joys of meeting people with the ever important necessity of sleep. Some hostels seem designed for one but not the other, making a combination of the two feel like some magical place you never want to leave.

But even an oasis has its problems.

Safety is that ugly little afterthought nobody likes to consider because deep down, we just think everyone will be good. Even right after we’ve become some sort of victim, we think ‘why did it happen’ and maybe even think of a way we could’ve prevented it by doing things differently. Hostels are a part of this – it’s supposed to be a place where we can crash and have a good time without anything going wrong and not… well… have our organs harvested or all our possessions stolen.

There are a few steps you can take to making yourself as safe as possible when staying in a hostel. This will not protect you from random acts of violence or criminal masterminds, but it will cut down on those things that may make you shake your head at your stupidity later. They are:

Those epic 30 bed rooms where nobody ever sleeps seem like a good idea at the time, but you soon realize spending the extra $9 to get your own room, or at least a reasonable 8 person room, may have been worth it. Regardless, keeping your stuff safe in a place of that size usually means making use of some sort of house safe.

In Private, Don’t Lend Others Your Key

Even having your own room doesn’t mean you’re 100% safe if the place you’re staying in is shifty or if you let randoms into your room. Your room is your sanctuary – don’t let anyone in you don’t trust completely.

Don’t Let Strangers Into Your Building

Meet some cool people? Are you sure they’re cool? They could just want to get into your hostel to take peoples’ stuff and are using you to gain entry. It sucks, and it doesn’t happen often but there’s a reason it’s one of the things you agree to when you sign the hostel document.

Put Money in a Safe Spot

Don’t leave it just sitting out, even in a private room. It’s probably best to keep it securely on you at all times, or even in a few different locations in case one is compromised. Better yet – don’t carry a lot of money all the time!

Be Kind to Others

Kindness goes a long way towards keeping you safe. That doesn’t mean being naïve or overly trusting, but just be the person people want to help instead of the jerk nobody cares if something bad happens to.