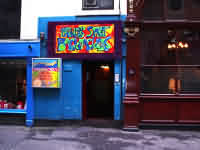 For everyone who has traveled extensively there will always be that one hostel that rings out in their memory as their favourite!  A great hostel is like nothing else, you have a collection of international characters to connect with, friends for life, and probably one or two really exciting romantic encounters you will think about ten years on… and wonder what if? My place for all of that was the Princess Street East Hostel (PSEH) in Edinburgh, Scotland.

Now on the surface it wasn’t the prettiest hostel, and there was an inbuilt conditioning program for staying there with the flights upon flights of stairs you had to walk up to reach the hostel, but this place was the S*it… I stayed there twice in my life, once in the summer of 2001 then again for the end of the next summer and fall. Both times, I made friends that I am still in touch with ten years forward. Now you may ask, what it is about the place that brought this out? Allow me to explain…

The Princess Street East always attracted a good group of long stay travelers, it had a community of people living there that became like a family. Now when I say family, I use that term loosely as this family got utterly wasted together on a regular basis. Party aside though everyone, deep down, had each other’s backs. If you weren’t a person that could get with that, given a little time you would be ferreted out then shunned till you left.

The characters there were something else. The hostel had a mixture of people from Australia, New Zealand, Canada, South Africa, and continental Europe… it was a virtual United Nations. Importantly, I found – and this was a stumbling block for a lot of lesser hostels – the ratio of guys to girls was pretty even, which meant romantic hi-jinx all the time. People that lived at the PSEH longer term were able to move into smaller rooms with a fewer of the closer friends they made at the hostel. I remember that part of my time being the best. The people I lived with became so tight knit, they became your core friends, amongst a community of friends. 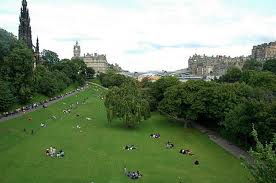 Little perks were given for staying at the PSEH. The one I remember was a free Sunday dinner. The dinner was prepared by a backpacker, and there were always chefs there, for free accommodation for them. Those times were amazing, everyone would come for a free dinner (they were backpackers for god sakes, they’ll take a free anything… ) and it was like some family festive event each Sunday. All together, you would see just how diverse these people you lived with were. Every direction you looked a friend’s face would smile back at you.