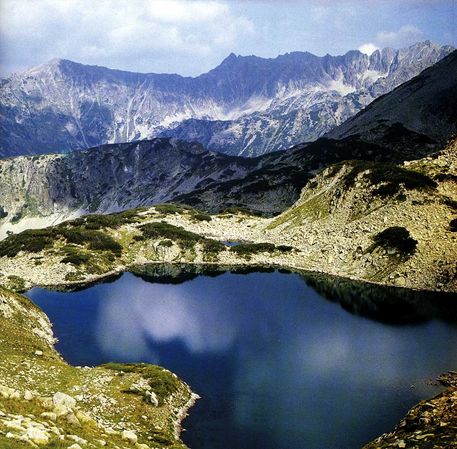 The headlines might be telling us that Britain is officially out of recession but, out in the real world, most of us are still feeling the pinch. Rising prices, job uncertainty and the debt crisis are not the most auspicious circumstances in which to splash out on expensive trips abroad, but we all need a break – even more so when times are tough. So, instead of ruling out foreign holidays altogether, why not look outside the Eurozone and take your hard-earned currency to countries where it really will go further.

If you’re a sun worshipper, you won’t be able to resist checking out Bulgaria’s Sunny Beach to see if it really lives up to its name. Promising one of the longest and widest beaches on the Black Sea and served by an impressive choice of cheap hotels, this popular family resort is easily accessed from the UK via Bourgas international airport. Nearby is the ancient town of Nessebar, one of Bulgaria’s architectural and historical jewels, featuring some of the country’s best-preserved medieval churches and fine houses dating from the 19th-century National Revival period.

Romania is becoming an increasingly popular tourist destination famed for its natural beauty and rich history. Beach-lovers should check out the spine-tingling watersports and vibrant nightlife of Mamaia on the Black Sea Riviera, while culture vultures should head for the ancient metropolis of Constanta, said to be the port where Jason and the Argonauts landed after finding the Golden Fleece. Winter sports enthusiasts will find excellent facilities in the newly developed ski resorts of the Carpathian Mountains, which enjoy an exceptionally long season. The challenging pistes of Poiana Brasov are rapidly gaining popularity with the international crowd, while the mountain spa resort of Sinaia is famous as the location of Peles Castle, the summer residence of King Carol I.
City breaks are a great way to pack a lot of sightseeing into a short amount of time, with budget airlines and international hotel chains helping to put destinations such as Prague and Budapest well within the reach of even the most cash-strapped traveller. Lovers of history and heritage will find plenty to interest them in Krakow, Poland’s second city and one of its oldest, with roots dating back to the Stone Age. The city rose to prominence with the founding of the University of Krakow in the 14th century and reached its cultural and artistic zenith during the Golden Age of the 15th and 16th centuries. During the Second World War it became notorious for its Jewish ghetto, from which many were sent to the nearby concentration camps of Plaszow and Auschwitz. Today’s visitors will find inspiration in tracing the highs and lows of this fascinating and beautiful city.

The Baltic countries of Latvia and Lithuania are just a short hop away, with plenty of cheap flights from the UK, yet offer a refreshing contrast to our closer European neighbours. Riga, the Latvian capital, is a UNESCO World Heritage site with many beautiful buildings, while lovers of the great outdoors will find many unspoilt nature trails among the forests that cover approximately half of the country. Lithuania, at the crossroads of East and West for over a thousand years, has been a vibrant scientific and educational centre since the 16th century and was the first of the former Soviet republics to declare its independence. Its lovely capital, Vilnius, is a perfect starting point for a discovery of this small but fascinating country which was once the largest nation in Europe.