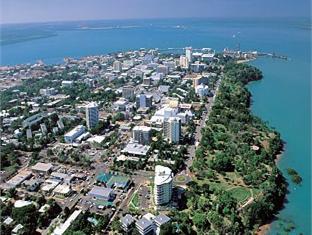 The very idea of hostels for a lot of people is quite gross and seedy to begin with. A group of people who don’t know each other all living in a room together, their stuff intermingling, no privacy… The truth though is there is quite a continuum when it comes to hostels with them ranging from great to horrible for varied reasons. The story I’ll tell of the dodgiest and scariest hostel I stayed in starts with a little cavet – it was the dodgiest and the scariest, but still I made a lot of good friends there.

When I arrived in Sydney, Australia after being dumped by my Dutch girlfriend in Darwin I was not rolling in a lot of money. With that said when I saw a hostel that offered work to people staying there I was sold. I walked in, told the hostel manager who was called the Doctor by everyone that I had no cash but I would work he was totally fine with it. And there begun my stay at the ******* Backpackers in Sydney.

With road work being done on William Street the backpackers, which was mid way between Kings Cross and the City centre, had to walk down back alleys to get to the hostel. The first alley was a line up of transvestite prostitutes after clearing them we would come to see that the hostel had its back to a massive homeless shelter. Many of the homeless guys spent a lot of time outside.

Now in of itself this can’t be seen as a deal breaker, but what I came to find out was that the hostel was completely filled with down on their luck backpackers like me. Working mill jobs for the owners sons, whom as it would turn out also were small time drug dealers around Sydney. The result of this mix was backpackers around some Sydney heavy weights, or probably more accurate wanna be Sydney heavy weights… an odd mix if I ever saw one.

In my two months there before I could finally get out of there I would see fist fights, the Doctor – whom was a cocaine addict – blabbering on in drug fueled hazes, and the Sydney underworld guys coming around more and more. A lot of the English travelers were work man back in England and they were buying drugs and prostitutes from the underworld guys. All this in on the door step of Sydney’s most nefarious section of town King’s Cross. Once or twice I saw fights break out over money. One thing I won’t forget is the Sydney white Mafioso type – jacked on steroids, tanned, and mean.

Is there a moral to the story, not really. Not having money isn’t going to lead you to the Hilton. Am I happy I got out of that place with all my teeth intact, you bet. All the same, like I said the people you meet when you don’t have much, and who are in the same situation, tend to remain salient in your memory. Live and learn, but the experience was definitely interesting…