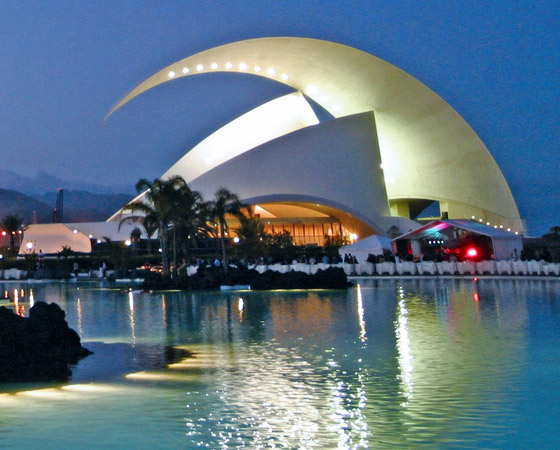 Tenerife is the largest and most popular of the seven main islands which make up the Canaries. It offers sunshine all year round and a remarkable variety of scenic experiences and places to visit. Mount Teide, reaching an altitude of 3,718m (12,199ft), is an irresistible draw for visitors and its roughly central location means that it can be reached with equal facility from all parts of the island.

Always drier than the fertile north, the southern part of the island attracted just small settlements throughout the years but all that changed in the 1960’s with the advent of mass tourism. The southernmost part of the island has all the ideal ingredients to attract visitors, almost continual sunshine and plenty of accessible coastlines.

In contrast, much of the island’s history lies in the north. Here, a touch more rain and cloud has made life easier for the farmers and encouraged the development of larger towns. Santa Cruz, the capital, lies in the north as does La Laguna and Puerto de la Cruz and, although not untouched by tourism, these offer the best places for visitors to enjoy and absorb some Spanish culture.

Yes, why is Tenerife so popular?
If the attractions of sun, sightseeing, history and culture are not enough, the accent now has turned to fun. Theme parks are a growth industry, the biggest and best at the moment is Loro Parque at Puerto de la Cruz with its exotic birds and performing sea lions and dolphins but there are aquatic parks, banana plantations, zoos, camel safaris and all sorts of attractions springing up. Sports enthusiasts will not be disappointed either, there is a good choice from walking and golf through to water sports.

The seas of the south coast of Tenerife are rich in whales, dolphins, water turtles, flying fish and much more. There are organized whale watching trips out of most harbors around the southern end of the island, from Puerto Colón in Playa de las Américas and from Los Gigantes in particular. Some boats offer a mix of activities. After spending the early part of the trip searching for whales they then return to some secluded bay for swimming and sangria. On the other hand, whale safaris tend to follow the whales for a much longer period.

The list of species seen in these parts is considerably larger and includes the killer whale, the fin whale, the minke whale, the goose-beaked whale, the sperm whale right down to the endangered Bryde’s whale. Dolphins too are just about as prolific and include the bottle nose dolphin, the common dolphin, the rough toothed dolphin and Risso’s dolphin.

Choices are wide ranging and there is something to suit everybody. Candlelit dinners through to an al fresco moonlit barbecue on the beach will appeal to the romantics while others are drawn by the pulsating beat of all night discos.

Most hotels have cabaret nights and a range of nightclubs offer exotic floorshows while casinos are on hand for those in search of a sophisticated `flutter’.

A visit to one of Tenerife’s three casinos provides a good excuse to dress up. Smart dress and your passport are a requirement of entry. Take your choice from Casino Taoro in Puerto de la Cruz, Casino Playa de las Américas (by Hotel Gran Tinerfe) and Casino Santa Cruz (beneath Hotel Mencey off Rambla General Franco).

Of the selection of nightclubs the subterranean Andromeda, on an island in the Martiánez complex at Puerto de la Cruz, is highly regarded or, for something different, try Castillo at San Miguel which hosts a Medieval Show.

Tenerife is heading for the complete holiday island. It is all on offer from lively and boisterous to the quiet and peaceful, it just requires a little care in making the right choices before you go.