If you’ve never been to Europe before, it can be a bit overwhelming figuring out exactly where to start – after all, it is a big and diverse continent with many unique experiences awaiting even the most seasoned travellers. Personally though, there really is nowhere like Paris, France.

Unfortunately for Paris, its reputation has led it to be something of a cliché where people feel as though they have been there – or worse, don’t need to go there – because they see it represented virtually everywhere they turn. Its iconic buildings and locales have become mass-produced on such a ridiculous level that they seem more the product of fantasy than of real life places that inspired so many, which is the reason for often being overused. This is how people can be sick of a place without ever having been there.

Fortunately though for Paris, it is every bit the city that it is held up to be and should be a part of everyone’s travel experiences. And where is better to start than with some of its most cherished, traditional attractions? 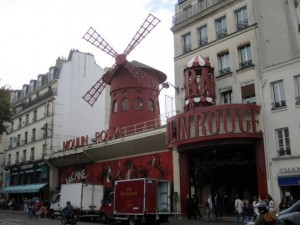 That larger than life theatre that seems more a work of fiction than perhaps anything else is still in operation, but even a quick pop-by to see the windmill on top is worth doing. For those looking to experience more traditional cabaret or burlesque shows, Moulin Rouge tickets are available for purchase, so then you too can say you saw something at the Moulin Rouge.

With the number of art galleries and museums in Europe and even Paris, it’s easy to become jaded or think what’s the big deal about another one, especially if it’s as huge as the Louvre is. Well, despite the fact that the Louvre houses some very important pieces (the Mona Lisa isn’t as small as you’d think either), it was once a palace very important to the French aristocracy and remains an imposing building to this day.

Going to Paris and not seeing the Eiffel Tower is like not seeing the Opera House in Sydney or the Coliseum in Rome – sure, it’s not all there is to a place but ignoring it is doing yourself an injustice. Want something more special? Reserve an Eiffel Tower Dinner where you and your sweetie can gaze out on the Paris skyline and truly enjoy one of the most romantic cities on Earth.

It winds and bends its way through much of the city, under bridges and passed landmarks – and you can enjoy a boat ride along it to enjoy the city by day, night or in between. Helpful guides can point out famous landmarks or you can just snap away at those things as you drift by. Either way, the Seine River is a great part of any Paris trip.